From the Earth to the Moon and Round the Moon 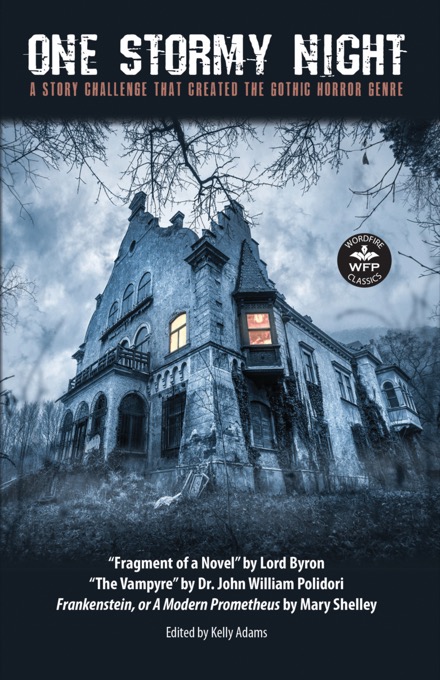 Exiles of Tabat by Cat Rambo

Like all the human beings trapped aboard a vast starship on a generations-long journey to a new home.

The Mayflower is run by an immortal captain who views himself as a god.

Gerard Metaclura was just a normal man until a terrible accident left him near dead, his body destroyed. But his brain was installed as the sentient command core of the generation ship.

At first Gerard was confused by what had happened to him. Then angry. Then bored.

Now he is the ship, controlling everything on board . . .  including 25,000 helpless human passengers.

But maybe they’re not willing to be so helpless and insignificant after all . . .

Former Gladiator Bella Kanto has been exiled from her beloved city of Tabat, finding herself aboard a hostile ship bound for a frontier town, her only friend a puppy. She’s lost the magic that kept her young and vital, and for the first time is suffering the depredations of age. When she encounters an old lover along the way, she has a chance to escape—but does she really want to take it? And who is the mysterious woman Selene, who keeps appearing to Bella?

Meanwhile, former printer’s apprentice Lucy and her friend Maz, a student from the College of Mages, have been kidnapped from Tabat and are being taken to the Southern Isles in search of ancient magic in a place called the Coral Tower. They fear what will happen when they get there, particularly when their kidnapper realizes he’s wrong about Lucy’s identity.

Dragons, oracular turtles, steam dirigibles, magical artifacts, and more combine in a kaleidoscopic tale that continues the saga of the city of Tabat and its inhabitants.

Return to a beautifully wrought and immersive world where intelligent magical creatures fight for their right to be free in a system that makes use of their work—and sometimes their very bodies—in a city full of revolution and riot, ready for the return of its lost Champion: the reluctant Bella Kanto.

From the Earth to the Moon and Round the Moon

What if they changed history?

When Barbicane had the idea to repurpose weapons of war for science, his friends laughed at him. His rival, Captain Nicholl, ridiculed him for his ideas. But he didn’t let it deter him.

Would they be ready in time?

Philosophers had dreamed of setting foot on the Moon for thousands of years. Would the Gun Club have what it takes to man the first mission? Or would technology prove too limited?

What dangers awaited them in space?

Barbicane’s infectious enthusiasm inspired enemies and adventurers across the world. Would it be enough to get him and his friends safely back to Earth?

Would they let their differences divide? . . . or unite them?

Sometimes, humanity’s search for knowledge is worth all the risks.

From Jules Verne, the Father of Science Fiction, who inspired you with Around the World in Eighty Days and Twenty Thousand Leagues Under the Sea. You’ll love this classic because of the humor, breath-taking adventure, and ingenuity a hundred years ahead of its time.

What happens when writers vacation together in a gloomy, cold summer in Lake Geneva, Switzerland . . . And challenge each other to write ghost stories?

On a stormy night in 1816, the writers Percy Bysshe Shelley, Mary Godwin (whom the world knows as Mary Shelley), John William Polidori, and Lord Byron undertook a challenge that would change literary history and create a new genre of fiction—Gothic horror.

This book contains the result of their challenge on that windswept evening—three chilling tales of monsters, vampires, and murder. Some of the first written works of their kind.

Lord Byron’s A Fragment is of historical importance as it is one of the very first vampire stories. Does it stand the test of time?

The Vampyre, by John Polidori, recounts the story of Aubrey and Lord Ruthven. What dark secret lies between them?

In Frankenstein, a university student unleashes a monster upon the world. Or is he the real monster?

If you love Gothic horror, you’ll love One Stormy Night.

Before Orwell, before Huxley, there was Zamyatin.

When society has programmed you to sleep  . . .

How do you wake yourself up?

The One State is a world where people are merely numbers, and free will itself is a disease. Most are happy in their role as cogs in a huge machine, controlled by the ever-watchful Benefactor.

However, on the eve of the launch of the Integral—the spacecraft that will impose the One State’s way of life everywhere—starship architect D-503 meets I-330, a female number as irreverent as she is beautiful.

The Benefactor has quantified human experience, circumscribed it, reduced it to nothing but a series of mathematical equations—that is, until one man factors back in the ultimate unknown: love.

This is We, the groundbreaking novel that inspired 1984 and Brave New World, the two towering dystopian works of the twentieth century.

Discover it for yourself today.

How to control the bloodlust?

How to find inner peace as the living dead?

The Way of the Wooden Stake

One man rises in a SoHo alleyway to find his lover dead and his own body terribly transformed  . . .

He strains to overcome his murderous instincts through Zen meditation and blood deprivation.

He is reclaimed by the Ministry, an underground society waging war with the undead.

Again and again he will find his will tested, and his thirst tempted, by the killers who demand his allegiance  . . . and the Zen masters who will burn him down at his first missed step  . . .

He must walk a tightrope between the living and the dead  . . . to master himself and his hunger. And the way of the wooden stake. . . .

Exiles of Tabat by Cat Rambo