On Being a Dictator 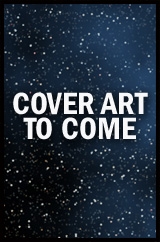 On Being a Dictator by Kevin J. Anderson and Martin L. Shoemaker

On Being a Dictator

Using Dictation to Be a Better Writer

Tired of being stuck in a chair behind a desk?

Do you want to write more without sacrificing your health and sanity?

Learn how you can get more written while:

These two die-hard “dictators” share their techniques and insights into how dictation can help you:

• Improve your writing productivity
• Use otherwise lost time to brainstorm, plot, develop characters, write articles, and more
• Get inspired by leaving your confined office and getting a fresh perspective elsewhere
• Stay in shape while writing

On Being a Dictator, part of the Million Dollar Writing Series, will help you think outside the box, consider a different writing method, and up your game in the fast-paced ever-changing world of publishing.

It has been three years since the Naplian Empire invaded Terran space in a desperate gamble to secure serjaum fuel reserves. They conquered the Baedecker Star System, but not without making a dangerous new enemy:

Squadron leader Taggart “Tag” Wester is neck-deep in battles across the Great Desert Rift when Terran Intelligence drafts him for a vital secret mission. But he’ll only succeed if he can put aside his prejudices and learn to trust the least likely allies.

Lira Lin Reen’s career as renowned thief has come to an abrupt halt. Her only way out is to play both sides of Tag’s mission, with more than a payday in the balance.

Elden Selva has come to terms with his new existence as a Truppen cyborg. What he can’t figure is why his warriors are disappearing. Someone isn’t telling him the truth—and worse, he isn’t the only one.

With Terran forces drawn deeper into war and intrigue, their actions could spell the doom of millions.

Most rock concerts don't begin with infernal monsters attacking the band, and most don't end at the gates of Hell. It's just par for the course with Earth's most damned rock band, though, featuring Adrian, organist turned sorcerer; Mike, unwittingly saved from suicide by a chance gig with the band; the lead singer, Jim, Lucifer's own son; and Eddie, make-do guitarist, ex-Marine, and the world's best ever tambourine player.

The adventures of the band take them through small town cults, Mab's Mirror Queendom, and the gates of Hell themselves. How will they survive with body and soul intact? Will the band bend or break? And where will they fall between Heaven and Hell?

Cal, Letty, Tony, Opi, and Sasha were thrust together when they were kidnapped by the Molethian civilization and forced to become a fighter crew to battle against The Horde, the most vicious, predatory enemy in all the Milky Way galaxy. At first, only Letty could get along with the rest of them, and they basically hated each other. However, due largely to Letty’s efforts, they became not only the top fighting crew in the Shadow Warriors, but also a close family that love and support each other. Due to Opi’s amazing strategic thinking, Letty’s organizational skills, Sasha’s unparalleled ability as a weapons officer, Tony’s crack talent as a navigator, and Cal’s icy nerve as a battle leader, they have found a way to defeat two major Horde invasions.

Opi, already becoming the chief strategist for an entire wing of the Molethian space forces, decides that an entirely new way of fighting Horde forces must be put in place. Her audacious plan is to search a central volume of the Milky Way through which The Horde always travels, discover the military bases they have no doubt established, and destroy them all. She is convinced that a huge base has been built by The Horde on the opposite side of the galaxy, very near The Horde’s own small galactic home, the Dwarf Spheroidal Sagittarius Galaxy.

In the meantime, a third Horde invasion of about 40,000 ships nears Molethan’s home planet. Using Opi’s old strategies, Molethian forces manage to destroy it, but the new, highly capable Horde fighters make this victory far more difficult. In addition, Tony is reported missing and presumed lost. Grieving over Tony, whom she loved, Opi refuses to succumb to her grief, immediately commissioning the search for the other Horde home bases in the Milky Way.

A search party finds the monstrous Horde base almost 70,000 light years across the galaxy. Molethan appeals to the other Alliance systems, and a major attack on the base is started, with Cal the attack leader. Things seem to be going well when suddenly, in the midst of the battle, a new enemy strikes, heavily damaging not only Shadow Warriors fighters but also many of the Alliance carriers. The fate of the battle hangs on a razor’s edge. Can the Alliance, led by Cal, Opi, and the rest of their team, manage to win over two opponents, or are they destined to be destroyed by the combined forces of two enemies?

On Being a Dictator by Kevin J. Anderson and Martin L. Shoemaker