A State of Disobedience

The Ship Who Saved the Worlds 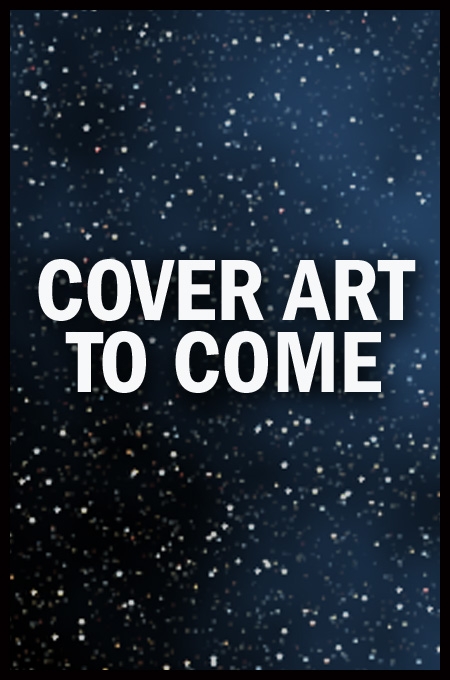 A State of Disobedience by Tom Kratman

Paying the Piper by David Drake

Blood and Judgement by Lars Walker

The Demon Chernobog—
Foiled but Not Conquered
in The Shadow of the Lion—
is Back to Conquer Sixteenth-Century Venice!

Chernobog had come within a hair of seizing absolute power in Venice, but was thwarted by the guardian Lion-spirit, who awoke to protect his city from the power-mad demon. But the power of the Lion is limited to Venice, and Chernobog has a new ally in the King of Hungary, who has beseiged the island of Corfu to seize control of the Adriatic from Venice. Trapped on the island is the small band of heroes who awoke the Lion and thwarted Chernobog before. Far from the Lion's help, Manfred and Erik lead guerrillas against the foe, and Maria discovers ancient magical powers on the island. If she can make alliance with them, she may be able to repel the invaders—but not without paying a bitter personal price. . . .

Praise for the Prequel, The Shadow of the Lion:

"The prolific Lackey and cohorts Flint and Freer whip up a luscious bouillabaisse of politics, intrigue, love and black magic set in an "Other-worldly, New-Age Venice. . . ." The authors' use of contemporary American vernacular . . . instead of pompous period speech keeps the pages turning fast. . . ."
—Publishers Weekly

"[A] massive concoction of alternate history, high fantasy, and historical romance set in the sixteenth-century Venice of an alternate world . . . rich plotting, vivid characterization, and splendid evocation of Renaissance ethics and culture should make readers turn all the pages."
—Booklist

". . . a sweeping alternate history. .. .The authors deftly wield the juxtaposition of fantasy and history into a finely crafted story."
—Romantic Times

A State of Disobedience

It's Time to Remember the
Alamo All Over Again!

In the long war against terrorism, the US Government had taken on extraordinary powers. And now that the war was won, powerful forces in the government had no intention of relinquishing those powers. As in 1860, the country was on the verge of civil war. And as in 1860, a leader arose to save the country—but it was not the President this time. Instead, the Governor of Texas was the woman of destiny. And, though the Federal Government had more guns and troops, David was about to give Goliath a run for his money. . . .

"Probably the most realistic depiction of a second American Revolution ever written." —John Ringo

The Ship Who Saved the Worlds

Two complete novels in one huge volume: The Ship Who Won: Like Helva, the Ship Who Sang, Carialle was born severely physically disadvantaged; and like Helva, Carialle decided she would strap on a spaceship. Her brawn is a guy named Keff. Searching the galaxy for intelligent beings, they found fuzzy little aliens, polite and eager to please. Unfortunately, they were slaves to a race of sorcerers, who possess powers of frightening potency, and who were neither polite nor the least bit eager to please.

The Ship Errant: Carialle and Keff had succeeded in liberating the "globe-frogs" from their servitude to dictatorial humans, but now they must return them from whence they came. And to get there, they must transit a sector where Carialle was stopped and boarded, experiencing a trauma so intense it nearly destroyed her mind. And it's beginning to look as if the beings who caused this are the very globe-frogs they have just made friends with. . . .

"Readers will find themselves riveted by the nonstop action adventure that constantly surpasses even the most jaded reader's expectations, and by a relationship as beautiful as it is indestructible." —Affaire de Coeur

Maybe the tariff dispute on Planner's World could've have been settled by arbitration, but when war broke out, the United Cities hired the best mercenaries money could buy:

Lt. Arne Huber was old enough to be a veteran but still young enough to have principles. He commanded a platoon of combat cars, leading from the front because he was a Slammers officer and that's the only place you can lead.

From Huber's first minutes on Plattner's World, he was in the middle of hot, flaming war. He knew that wasn't going to change until the Slammers either left the planet or his relatives back on Friesland got a coffin with a warning to bury it unopened.

FOR THE LOCALS, THE WAR WAS A MATTER OF PRINCIPLE;
TO THE SLAMMERS, IT WAS A PAYCHECK

A score of separate states and factions fought to rule Plattner's World. That was bad enough, but the planet's great wealth had attracted not only mercenaries but a worse kind of looter: interstellar investors with no qualms about making a profit on blood, so long as the profit was high enough and the blood came from somebody else.

From a weed-grown landing strip to the narrow corridors of a modern office building, Arne Huber's survival depended on quick reflexes and the blazing cyan hellfire of his gun. He and his troopers didn't like some of the choices they had to make—but they'd make them regardless, because they were the Slammers and it was their job.

DECEIT AND BETRAYAL WERE THE ONLY CERTAINTIES

Arne Huber and his platoon had to face government officials with private agendas, politicians with armies of street thugs, and a hostile armored division with the most powerful tanks on the planet. The climax would come as it always did, when the Slammers slugged it out with the best the enemy could throw at them. Tank cannon, automatic weapons, and the world-shattering thunder of massed artillery would turn the night into

an inferno and a slaughterhouse.

Arne Huber and his troopers knew they could die, because they'd watched friends die on every planet where they'd served. Maybe they could even be beaten—

BUT NOBODY'D BEATEN THE SLAMMERS YET!

Vietnam veteran, former lawyer, former bus driver, and now bestselling author, David Drake tells a military story like no other. His readers recognize that he can take them where no one else can, with gut-wrenching description that puts them face-to-face with the enemy, and in the midst of the action right on the battlefield. He helped create the audience for mercenary military science fiction with his bestselling Hammer's Slammers books. Drake graduated Phi Beta Kappa from the University of Iowa, majoring in history (with honors) and Latin. His stint at Duke University Law School was interrupted for two years by the U.S. Army, where he served as an enlisted interrogator with the 11th Armored Cavalry in Vietnam and Cambodia. Drake has a wife, a son, and various pets. In addition to his celebrated novels of Hammer's Slammers, his works for Baen include With the Lightnings and its sequel, Lt. Leary, Commanding, as well as Starliner, Ranks of Bronze, Redliners, the General series (with S.M. Stirling) and the Belisarius series (with Eric Flint), the latest of which is The Tide of Victory, and many more.

TIMES OUT OF JOINT

All Will Sverdrup wanted was to play Hamlet in an amateur production. He never counted on getting sucked back in time, into the body of the original, historical Hamlet in 6th Century Denmark.

His fellow actors (along with the real Hamlet) never expected to be transported to an alternate universe where Shakespeare's play was real—with them perfectly placed to live (and die) their parts.

But that's what happened. Now they have to decide—do they play their roles out, all the way to the bloodbath at the end, or do they try to break the play and save their lives

The play may be stronger than they are. And if it's not, there's always the giant, tentacled monster that hitched a ride with them, a complication Shakespeare never foresaw....

Praise for Year of the Warrior by Lars Walker:

". . . many fierce battles, both with men and with sendings from the other gods ... a Norse saga . . . introspective and bloody." —VOYA

". . . rowdy action and a realistic look at the human and spiritual costs of religious and cultural conversion."
—Florida Today

A State of Disobedience by Tom Kratman

Paying the Piper by David Drake

Blood and Judgement by Lars Walker