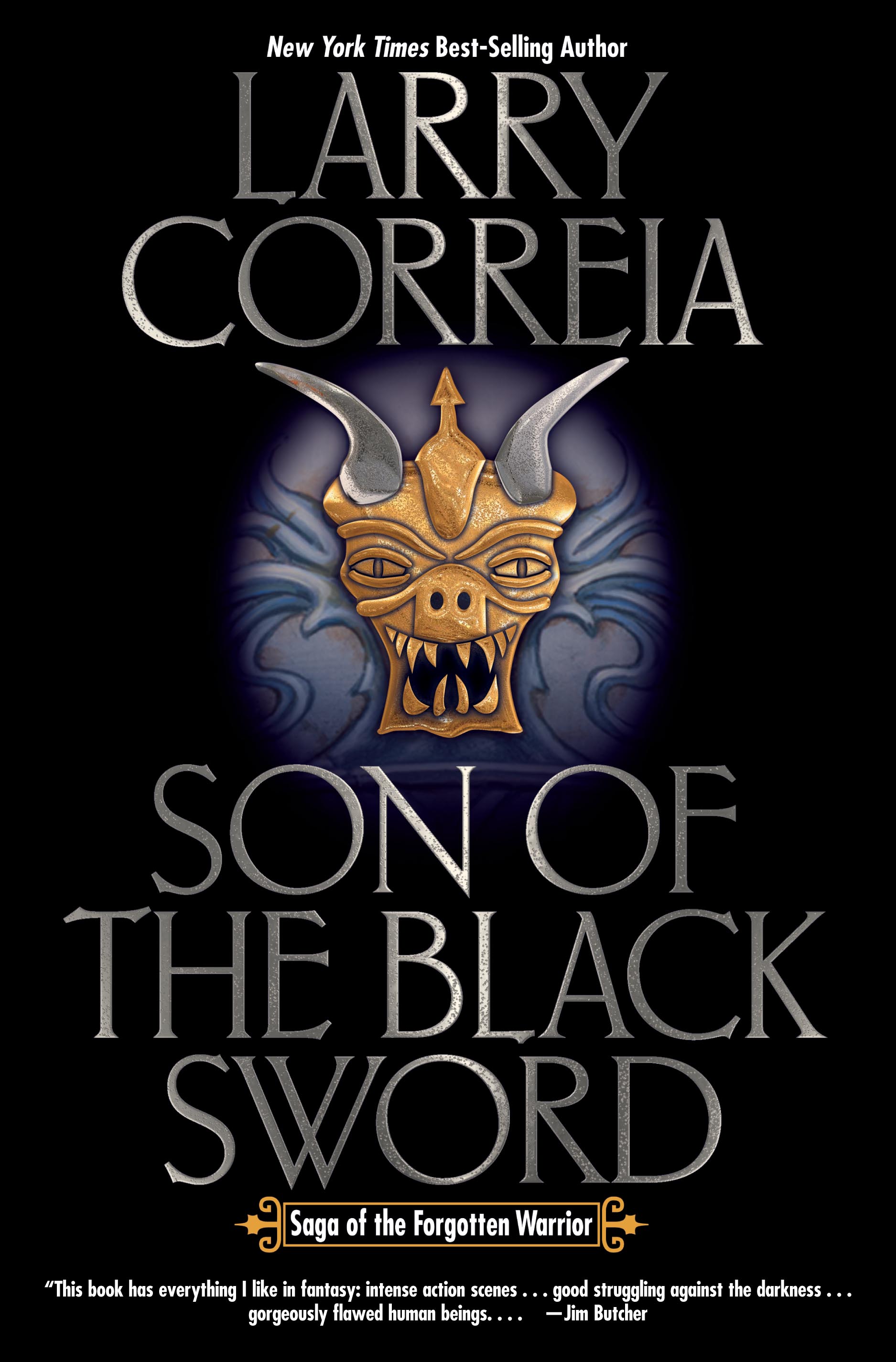 After the War of the Gods, the demons were cast out and fell to the world. Mankind was nearly eradicated by the seemingly unstoppable beasts, until the gods sent the great hero, Ramrowan, to save them. He united the tribes, gave them magic, and drove the demons into the sea. Yet as centuries passed, Gods and demons became myth and legend, and the people no longer believed. The Age of Law began.

Ashok Vadal has been chosen by a powerful ancient weapon to be its bearer. He is a Protector, the elite militant order of roving law enforcers. No one is more merciless in rooting out those who secretly practice the old ways. Everything is black or white, good or evil, until he discovers his entire life is a fraud. Ashok isn’t who he thinks he is, and when he finds himself on the wrong side of the law, the consequences lead to rebellion, war—and destruction. 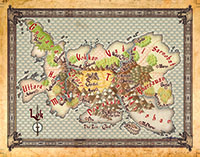 “This book has everything I like in fantasy: intense action scenes, evil in horrifying array, good struggling against the darkness, and most of all people—gorgeously flawed human beings faced with horrible moral choices that force them to question and change and grow." —Jim Butcher 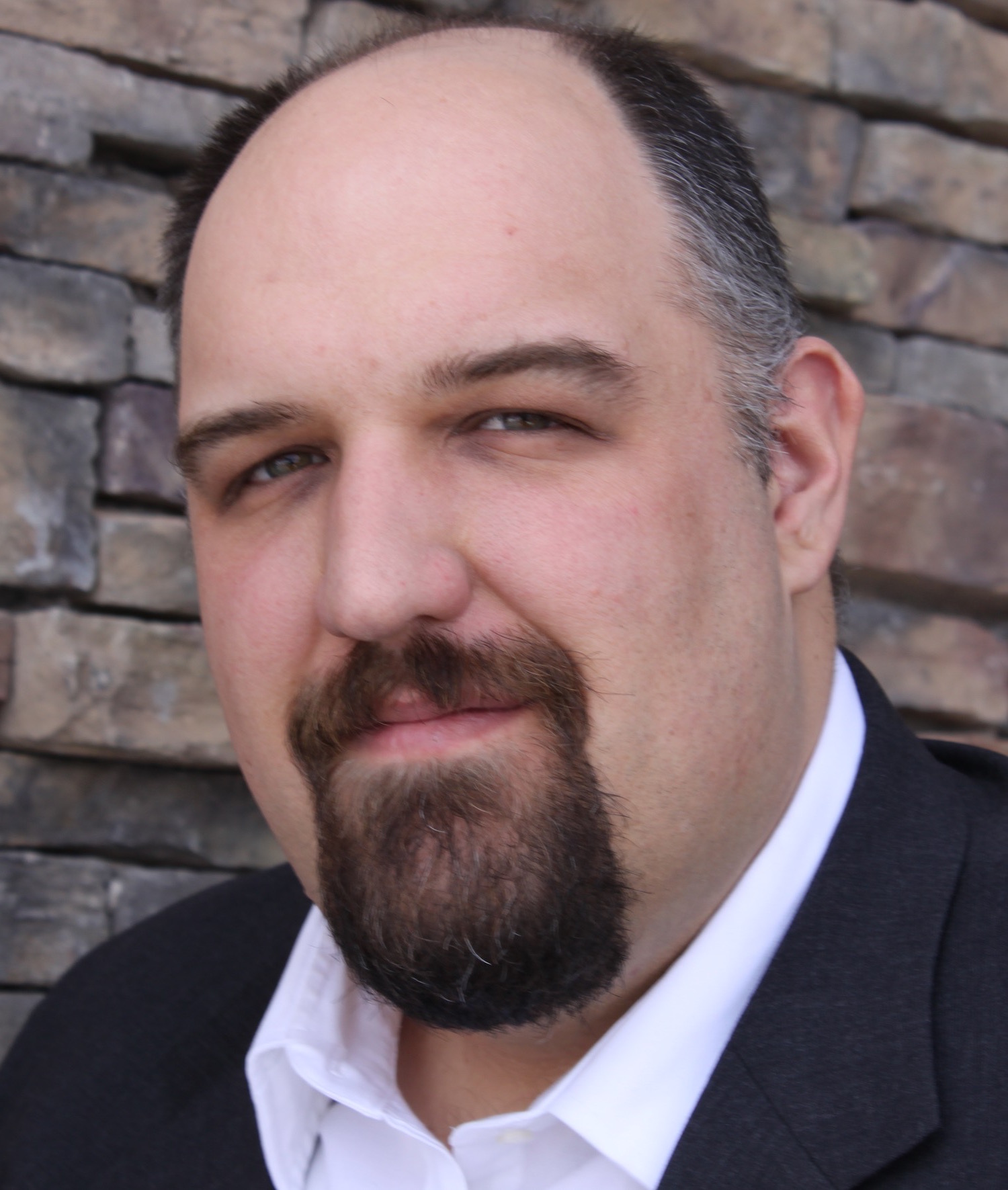 Larry Correia, creator of the best-selling Monster Hunter series of hard-hitting urban fantasy, is branching out in 2015 with a new epic fantasy series. The first novel of The Saga of the Forgotten Warrior, Son of the Black Sword, debuts in a lavish hardcover edition in October, featuring a beautiful full-color art frontispiece by legendary fantasy artist Larry Elmore.

Before he became a New York Times best-selling author, Correia proved that hand-selling and tenacity is fundamental to success in publishing. For example, in his capacity as an expert on firearms Correia had been offering free on-line nonfiction and fiction to several forums while building an audience and earning pre-orders for his first novel, Monster Hunter International, which he was self-publishing.

Don Blyly of Uncle Hugo’s, the long-established science fiction specialty store in Minneapolis, was intrigued, started to read it—and finished it in one night. He urged Correia to literally “stop the presses,” get it to a publishing house, and recommended him to Baen Books. The print job, already in the works, compelled Blyly to purchase a large number of copies for Uncle Hugo’s, where he went on to hand sell them with great success.

As fate would have it, the week Uncle Hugo was selling the book, it was also the store chosen by Entertainment Weekly as their bookstore of the week, which helped to propel Monster Hunter International to #3 on their print bestseller list. “Get thee to a publisher” was the cry, and Toni Weisskopf, Publisher of Baen Books, had soon signed Correia for a multi-book deal. His third novel for Baen, Monster Hunter Alpha, became a New York Times bestseller.

A prolific writer, Correia is also the co-author of the military thrillers Dead Six and Swords of Exodus with former Air Force bomb-disposal expert Mike Kupari. The audiobook of Swords of Exodus was nominated for an Audie for Best Thriller/Suspense 2015. His paranormal detective noir books, the Grimnoir Chronicles, have also received high acclaim, with Hard Magic, wonderfully narrated by actor Bronson Pinchot, winning the 2012 Audie Award for Best Paranormal Audio Book.

To launch the new series, Correia will embark on a twenty-city radio campaign and a bicoastal book signing tour beginning in Minneapolis, including Albany, Boston and New England, then continuing to the opposite coast, hitting Seattle and San Diego, and ending with his hometown Salt Lake City.

Correia lives in the mountains of Utah with his patient wife and children.

“The Keeper of Names” by Larry Correia

“THE DEMONS MUST BE EMERGING FROM THE SEA AGAIN,” THE overseer said as he entered the storehouse.

Alarmed, Keta the butcher sprinted to the entrance, meat cleaver in hand. He looked toward the distant shore, but saw no monsters. The ocean was its normal blue, not blood-red like the last time. “Are they coming?” he gasped. It had been nearly twenty years since their last incursion into the lands of House Uttara. “How do you know? Have you seen them?”

Yet the overseer wasn’t panicking like most men would if they’d seen such horrors. “Calm yourself, butcher.” The large man scowled as he moved one hand to the whip at his side. He was a hard man but, unlike most appointed to his station, not a totally unkind one. Such disrespectful questions could earn a beating. They were both casteless, but even amongst the lowest of the low, there was order.

Keta bowed his head. “Forgive me. I was little the last time the demons came. They slaughtered everyone.” Realizing that he was still clutching the sharpened cleaver, Keta quickly dropped it onto a nearby table. The Law said his kind were not allowed weapons, only the tools necessary to perform their work. “Fear made me speak out of turn.”

The overseer let go of the whip. “I’ve seen the ocean beasts myself. Only a fool would be unafraid. There have been no raids yet.” Remarkably, he took the time to answer the young man’s questions. “This morning I was told that one of the Protectors of the Law is on his way here.