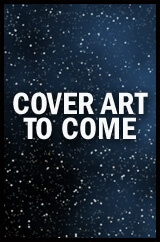 In Grantville Gazette 95, we find out that many things aren't what they seem. Virginia DeMarce brings us "One To A Customer," in which Massinger's Men deal with everything from the political implications of their plays to the fact that proclaiming an Anglican bishop for Grantville doesn't automatically get the work done. In Natalie Silk's "Letting Grace," it seems like Deborah has made an invisible friend. Or has she? In "The Heights of Beverwijk: The Miller's Daughter," by Kerryn Offord, Egon has a job near Amsterdam. An unexpected reason lies behind the job, Egon has his own motivations, and a local family's situation is quite a bit more complicated than it appears.

Kim takes us back to the Ring of Fire, with "Mrs. Flannery's Flowers, Part 1: Acceptance." Krystal Reed is hoping things aren't what they seem, and Irene Flannery turns out to be a much more complicated character.

Iver Cooper begins a series with "Tethered Balloons and Kites in the 1632 Universe, Part 1." Kristine Kathryn Rusch asserts that "Science Will Save Us."

In "The Reformation of Castle Deltle," by Zachary Robbins, things are really not what they seem. The same is true in Edward M. Lerner's "Ill-Met In Space-Time, Part 1." Various problems aboard ship hide a much more serious issue.

Grantville Gazette 96's theme is hope. Find out what happens when the Roman Catholic Church denounces slavery in Walt Boyes' "Contra Servitutem." Then go on to Robert E. Waters' "Cassini Takes First," about a boy who just wants to play baseball. Remember Irene Flannery? She was more complicated than it appeared, and her estate brings hope in many ways in "Mrs. Flannery's Flowers, Part 2: Flowers and Fashion" by Bethanne Kim. Many people in the new timeline want to fly. Iver P. Cooper explains how some of them might be able to in "Tethered Balloons and Kites in the 1632 Universe, Part 2."

Kristine Kathryn Rusch brings us "Notes from The Buffer Zone: Stepping Into an Uncertain Future."

In "The First Cavalry of the Cretaceous, Part 8: The Righteous and the Wicked," by Garrett W. Vance, the battle comes to an end, leading a number of characters to reflect on their hope or lack thereof. In the Universe Annex, we have J. Kenton Pierce's "Though the Night Be Long" and Edward M. Lerner's "Ill-Met in Space-Time, Part 2," which deal with hope in very different ways.

Grantville Gazette 97 takes us around the world. Terry Howard and Jack Carroll start out in Venice with "A Proposal For Angelina." Mark Roth-Whitworth's story "Marianne" takes place in Paris. Robert E. Waters and Bob Finegold bring us "The Evil of Thy Doings: A Calabar's War Story," set off the coast of Brazil. Iver P. Cooper tracks down "The Ghost Galleon" off the coast of California. Brendan Roche introduces Father Pedro Claver in "Slave of the Slaves," set in Cartagena.

Iver P. Cooper also has a non-fiction article, "'Rice Is Life': Rice Cultivation and Soceity in the 1632 Universe." Kristine Kathryn Rusch writes about Las Vegas in "Notes from The Buffer Zone: Science Fiction City." "Hot Off the Ring of Fire Press" features new and upcoming releases. Ring of Fire Con is coming soon: October 1-3 at Capclave in Maryland.